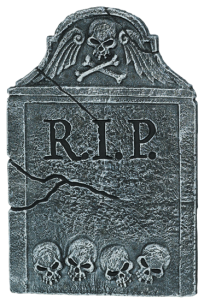 The Almost Certain Death of a Startup

It was the winter of 2006, three years after its founding and Rovio had already cut the staff from 50 to only 12 people and was running out of cash. Despite of doing work for gaming giants EA, Namco, and Real Networks, the company hasn’t had a big hit with any of the dozens of games they had produced.

Then, a last attempt was made to create what is now Angry Birds. It took them three years and over EU$100K and hundreds of sketches but they finally got something that felt like a winner and released it in late 2009. The 2009 holiday season came and went without even registering for Rovio. Another idea, another flop.

But then, in February of 2010 Apple agreed to feature Angry Birds on the Apple Store. It became an instant hit, reaching the number one downloaded app in only three days.

The story of how Rovio almost died and was saved by Angry Birds is told by Forbes Magazine in a recent article, Audacious Birds,  discussing the company’s ambitions to become bigger than Disney.

For those of us outside the day-to-day operations of Rovio, their blockbuster success and subsequent $42 million dollar windfall look like lucky strikes. Sure, being featured on the Apple Store helped. Coming up with a great design helped. Even the fact that their games are simple, yet addictive, is an obvious path to garnering legions of fans.

The back-story though, and what I find interesting, is that they are very similar to a bunch of other startups out there and also the proof that the majority of startups don’t survive long enough to get their breakthrough idea distributed.

It took Rovio over 50 games to come up with their Angry Birds concept. Hundreds of designs, and three years in development. Lucky break? Sure, but you can’t have a lucky break without failing a few times first.

You Have to Fail to Succeed

Despite what most people think, success takes more than luck. It’s hard work. And is trying until you get it right.

AirBnb is a case in point. They had a great idea but it didn’t catch on the first time. They “launched” the service four times until it finally took off.

Groupon is another startup that almost didn’t work, now being one of the most anticipated IPOs in recent history, having even turned down a $6 billion offer from Google.

And I’m sure you can come up with a couple more examples, at least, of other startups that had a tough time making it. And I doubt that any founder will tell you it’s easy to have a big break. Sometimes you have to fail to succeed.

UPDATE: Another interesting case of almost death is Cvent, told by its founder on TechCrunch.

This entry was posted in Uncategorized. Bookmark the permalink.

One response to “How Angry Birds Saved Rovio from Certain Death”